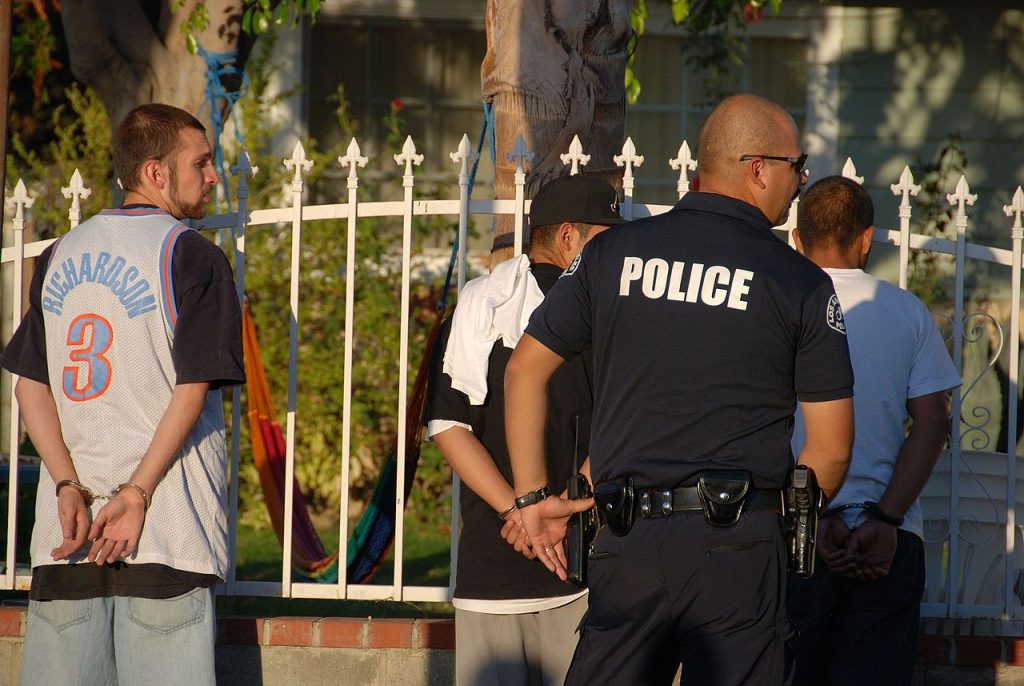 Detroit, Michigan – Detroit Police Department (DPD), report officers where called to the scene of a shooting located at the 800 block of Woodlawn Ave. at around 9 p.m. last Thursday evening.

Responding units were told by a 49-year-old man that he had fired shots at three men who had tried to rob him in the city’s east side. According to the victim, three men in a black Buick were attempting to rob someone else when they spotted him nearby.

The trio turned their attention on the victim and tried to add him to the robbery already in progress. But this one was armed. The victim drew his own gun and fired on the men.

Attempting to flee the scene and the victim they assumed was defenseless, the driver of the Buick put the car in reverse and stomped on the gas, ramming the car into a residence in their haste to get away. They then fled the scene.

A K-9 unit from Grosse Pointe Farms assisted police in tracking down the suspects who were hiding in an abandoned home in the 8100 block of Knodell Street, only a short distance from where the crime took place.

Police arrested the three men, a 26-year-old with a gunshot wound to the leg, and a 25-year-old with wounds to his body. The other man, also 25 years old, was also arrested but did not suffer any injuries.

A search of the area by police revealed a firearm and money discarded in an alley near where the shooting took place and detectives are looking into the possibility of the items being connected to the crime and suspects.

Both suspects injured in the shooting are reported to be in stable condition, and there have been no reports of charges filed against the shooter who has a license to carry a concealed pistol.

Violent crime frequently occurs in, or around vehicles. Brush up on your skills with the Vehicle Firearm Tactics Course – Online & DVD.