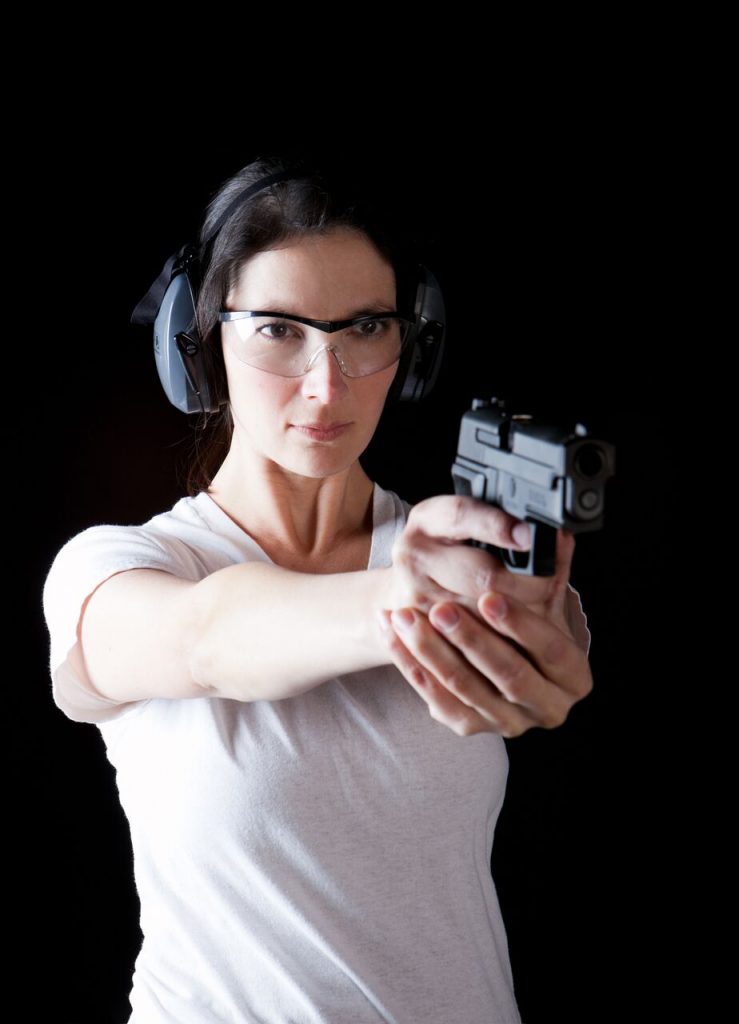 Warren, MI—A man was saved by his stepmother when he was ambushed on his way to a convenience store early Wednesday morning.

The victim told police he’d been walking down to the corner convenience store to get a pack of cigarettes before going to work, when a car drove up and 4 males in it asked him if he had a light.

Then he realized everyone was wearing masks, and the gun sitting in the lap of the front passenger.

The man’s stepmother heard his calls for help and grabbed the pistol she is licensed to carry concealed and fired a warning shot into the air.

The suspects fled the scene but not before returning fire at the family, though no one was injured. Warren officers chased the fleeing men, catching three of them. One suspect, a 17-year-old, was able to escape, but was brought to the police station by his father to turn himself in.

Local 4 who spoke with the stepmother, reported she said:

“You’re (the suspects) running toward me, my property with a gun,” she said. “What am I supposed to do? OK? Come on now.”

Warren police say they will not be charging the mother for firing the shot, but the suspects will likely be charged with attempted murder.

According to Warren Police Commissioner Bill Dwyer, he has observed a rising trend of young people involved with crime but was disappointed that the stepmother fired the warning shot.

It is difficult to understand the entire situation from a mere news story about it. However, warning shots are generally discouraged.

One reason is that warning shots fired into the air, especially inside city limits, could potentially come down and wound or kill another citizen.

Warning shots fired at the ground have their own risks associated, like when this family dog was accidentally killed by his owner who fired a warning shot during a home invasion.

Most of the time, warning shots are fired because the person with the gun either does not know if they are in the right to shoot, or they are afraid to take another’s life from them.

Firearms purchased for the reasons of self-defense should not be purchased with the intent to use it a scare tactic. Defensive firearms should only be discharged when you are in fear for your life, or the life of another. And the shots should be directed at the threat, until the threat goes away.

Read here for the Complete Home Defense – Tactics For Defending Your Castle.

One Response to MI Man Saved By Stepmother with Gun